Belcanto has been on the list the last three years, currently sitting at 46th on the list. It is also a Michelin 2-star restaurant.

After the best meal of my life, I was off to Lisbon where I’d meet up with Tayaba for the last week and last three restaurants of this ambitious four week and ten restaurant adventure.

I apprehensively booked an afternoon seating at the chef’s table, unsure of what to expect. Lunch is, after all, usually a smaller and less ambitious affair—although Arpege taught me that might not be the case. The web site made it seem that the chef’s table was a shared experience of up to six people and I couldn’t get a sense of what the table setup was going to be like. How intimate would the seating be? Would we be seated with people who don’t speak English and, therefore, have limited conversation with?

We arrived first and were brought to our seats in the corner of the L-shaped kitchen that had a U-shaped table with seating for six and a view of the two cooking areas. Another couple, on their honeymoon, from England, came shortly thereafter to join us and were placed on the opposite side of the table. Looks like it’ll be just the four of us and, as it turned out, it would be a lovely afternoon of conversation and food.

The meal starts off with an Elderini cocktail—Elderflower cocktail with lemon foam and paprika salt—and a brioche with cod liver. The brioche was a delicious start to the meal. I think I’m coming to the realization that the small bites at the beginning of a meal are some of the best parts of the meal. The brioche is followed by a tuna tartare, a foie gras full moon, and a minced squid between two pieces of roasted chicken skin.

Bread comes to the table with a poppy seed roll that is definitely one of the highlights of the meal.

We jump into the larger courses with the carrot and olive in different textures. Followed up with a European lobster “Caesar salad” that was very reminiscent of the “salad from the back of the fridge” at DiverXO but not to the same level.

The garden of the goose that laid the golden eggs included egg yolk and mushroom with gold leaf. Bougie and rich, in umami flavour. Next was a scarlet shrimp curry with apples and hibiscus that was quite delicious. And then a hake with coriander and cod’s sounders.

For dessert, there was the “Bacon-from-heaven”, Apple with rhubarb pie, and a choux with yuzu curd.

Overall, the meal was decent. The food and wine was tasty but not mind-blowing spectacular and not horrible, either. If you find yourself in Lisbon, I definitely recommend giving it a go. I don’t feel that the chef’s table added much to the experience and grabbing a table in the dining room would likely give you a very similar experience. 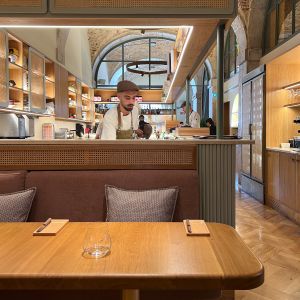 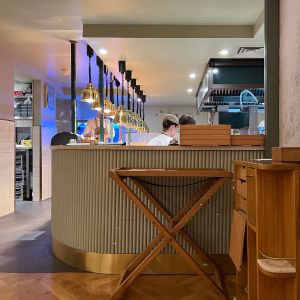 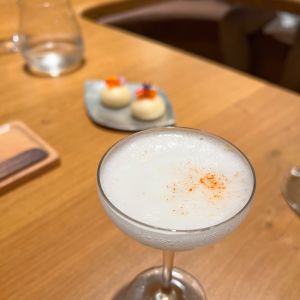 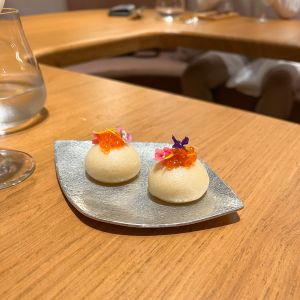 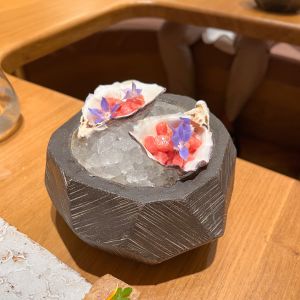 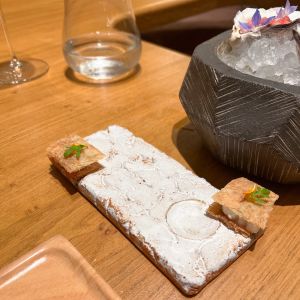 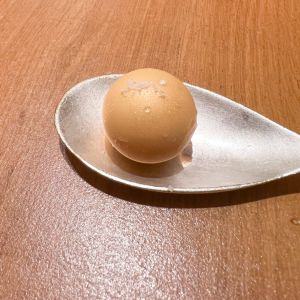 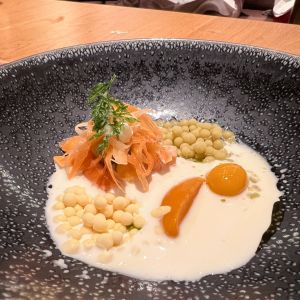 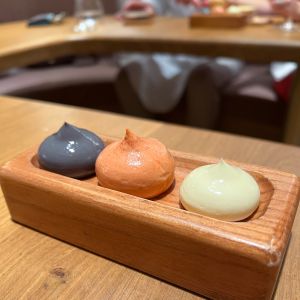 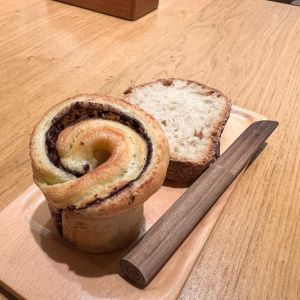 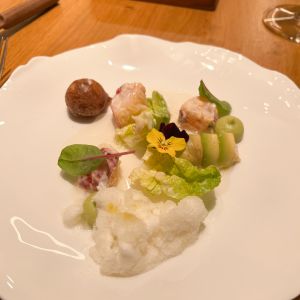 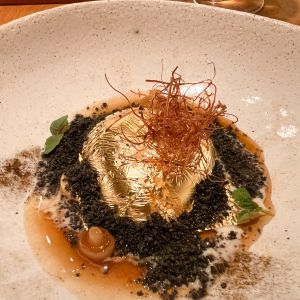 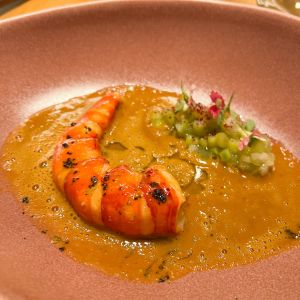 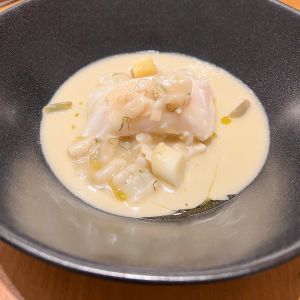 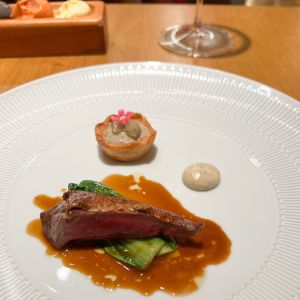 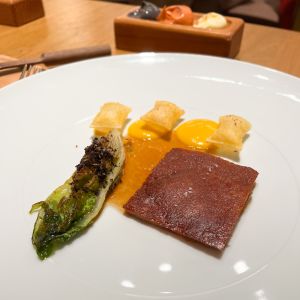 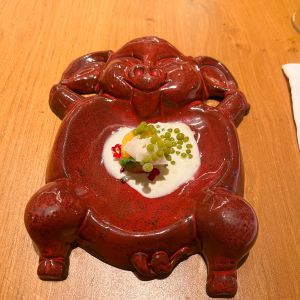 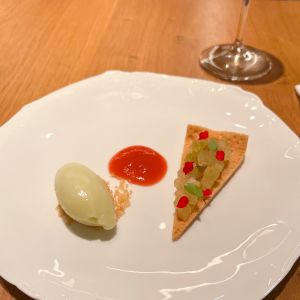 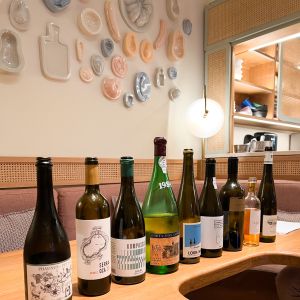 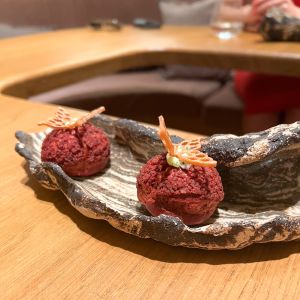 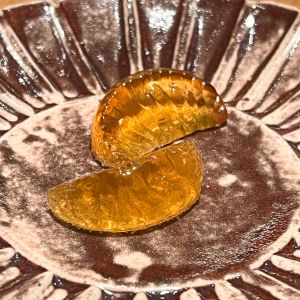 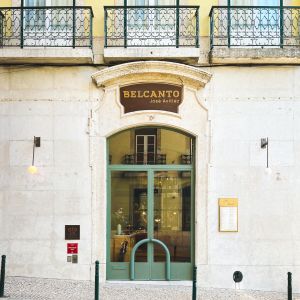