It’s our second day in Paris and it’s an ambitious day with two restaurants lined up; the first of which is Arpège.

We arrive at noon and are seated in the corner of this bright, sunny, and cozy restaurant. We’re presented with the menus where we have the choice between the lunch menu at 175 euros, the courses of which shall remain a surprise, or a vegetarian tasting menu at 340 euros, or the standard tasting menu at 420 euros. We could also choose to go a la carte.

As the hostess returns to find out what we’d like to do, I say “We’re going to be ambitious!” She replies, “Oh, the lunch menu! Good choice.” Uh, lunch menu it is, I guess.

I mean, something that’s over half the price of the standard tasting menu isn’t really ambitious, is it? Turns out, we’re going to be very surprised.

Alain Passard’s menu at Arpège is heavily focused on vegetables. They’re fresh and tasty throughout the meal.

We start with a trio of amuse bouches purees on potato chip. Next up, a tomato bisque with ice cream. Oh my, this was fantastic. A poached egg with maple syrup and chives. The maple syrup was light and didn’t overwhelm the dish. So good. That was followed by melon and mozzarella that appeared to be soaked in a cream. The salt on the melon made the flavours of the dish pop.

Next was a veggie ravioli in a tomato consommé. The consommé was so clear that I anticipated it to be lacking in flavour but it was quite the opposite. I would have gladly had seconds and thirds.

There was a sweet onion gratin topped with basil. Then a red pepper soup with basil whipped cream. That was followed by a tomato tarte and then a veggie minestrone with parmesan cheese. I was starting to get full but there was so much more to come.

We still weren’t done with the main courses! A stunningly beautiful beet tartare topped with cream and carrot that looked like an egg, served with a dollop of mustard that went perfectly with the beets.

And finally, a swordfish with potatoes. I couldn’t finish it, I was so full. Kitt barely touched her fish and decided she couldn’t eat another bite. Not even a wafer thin mint.

I hunkered down for the desserts to come.

The first of three was a profiterole filled with ice cream and topped with caramel. Oh so good. Next was the most beautiful of apple tarts. And finally, a plate of bite-sized treats. The caramels ended up being a surprise, having a slight basil flavour to them.

We entered the restaurant at noon and rolled out after three o’clock in the afternoon. Dinner was a mere four hours away. For 175 euros, this meal was of amazing value and I’d highly recommend the experience. The service fell off towards the last half of the meal, leaving us time to eavesdrop on the neighbouring English-speaking tables.

The chef, Alain Passard, even took a moment to visit each of the tables to say hello. It’s an appreciated moment and a delight to be able to thank the chef in person.

We were told that lunch is the best time to go to Arpège since the vegetable-oriented meal means that the early seating ends up with the freshest ingredients. For that, we were not disappointed. 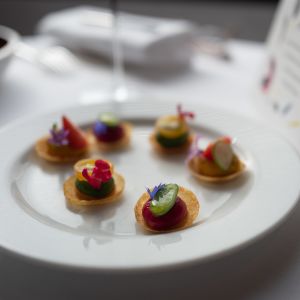 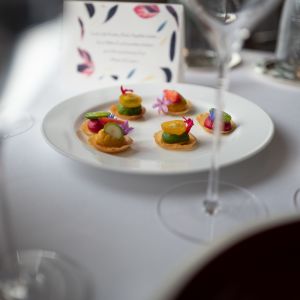 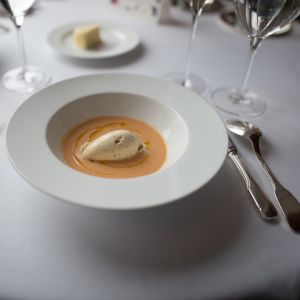 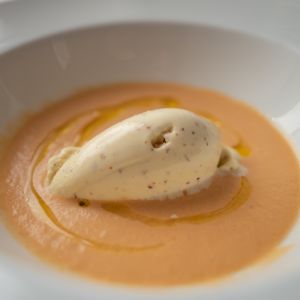 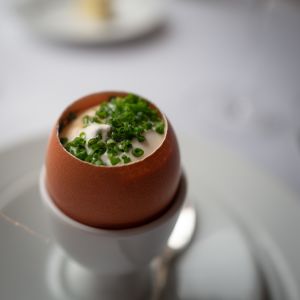 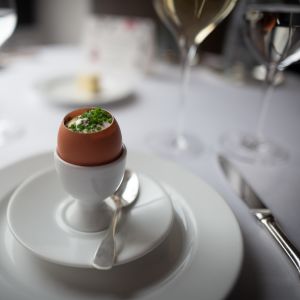 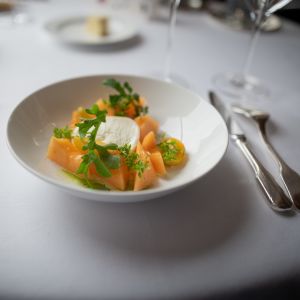 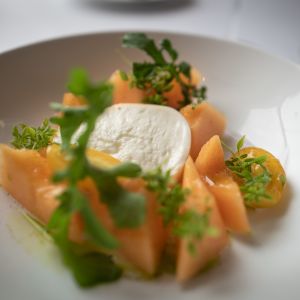 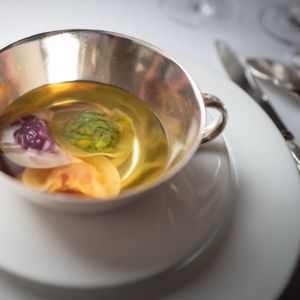 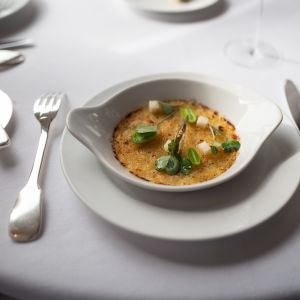 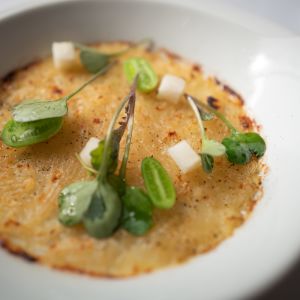 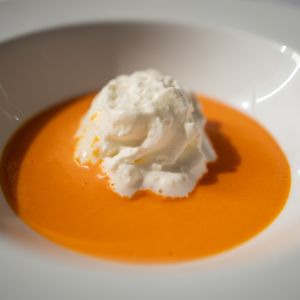 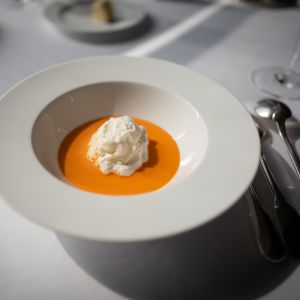 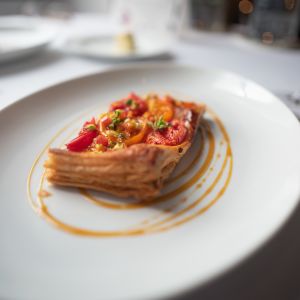 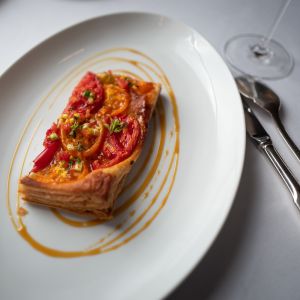 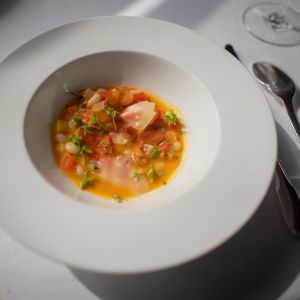 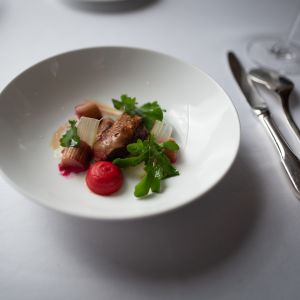 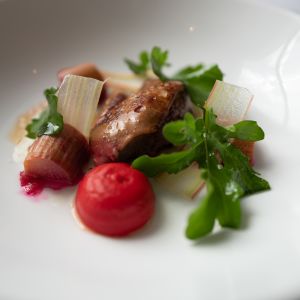 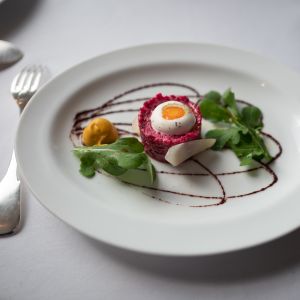 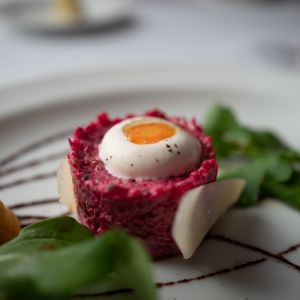 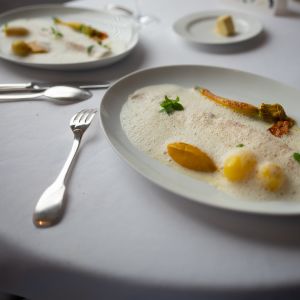 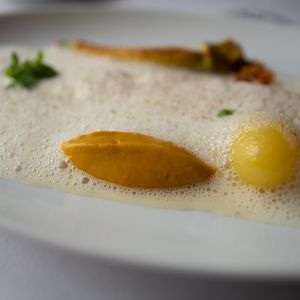 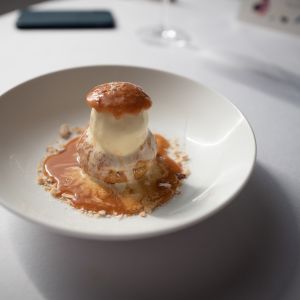 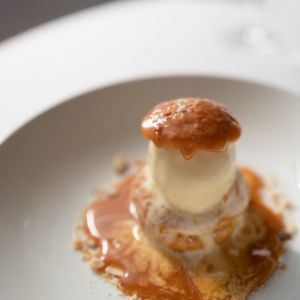 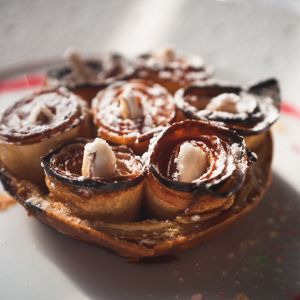 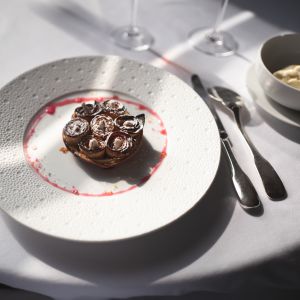 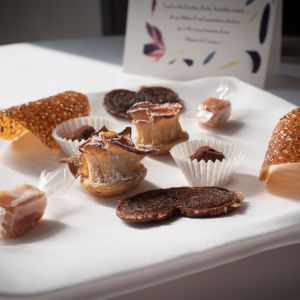